Race and America: How Medicine Earned the Mistrust of Americans 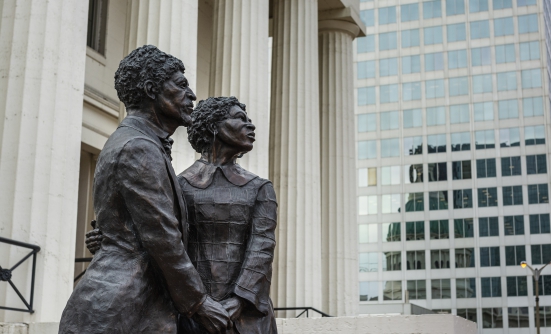 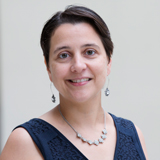 Given the interest in my first blog, Race and America: How did we get here and what can we do about it?, I’ve decided to write a series of blogs summarizing some of the history I was never taught in school that informs the entrenched health disparities that patient navigators are charged with addressing.

A 2016 study of medical students found an association between students who endorsed beliefs that Black people were less prone to pain, have smaller brains, and have thicker skins with inequitable pain management compared to White patients.1 The idea that Black and White have biologically different experiences of pain, brain size, and skin thickness, is the legacy of a racist clinical research enterprise in America.

America invented race, kind of. White American scientists and healthcare providers historically promoted a world view that Black Africans and other people of color were genetically inferior to Whites. As far back as the mid-1700s the Swedish botanist and chief royal physician, Carl Linneaus, published Systema Naturae, in which he categorized homo sapiens into 4 categories, including homo sapiens afer for humans of African descent whom he described as sluggish, lazy, crafty, slow, and careless.2 America’s first census in 1790 categorized people by race in order to create inequitable civil status for people of European, African, and Native-American descent. Capturing race allowed slave-holding states to count slaves as 3/5 of a person for purposes of representation in Congress, giving Whites in the South substantial power compared to Northern states. In 1820, a new classification of “free colored” was added to separate enslaved from free Black people in America to allow for new legal distinctions between Whites and Blacks who were free, creating a legal structure for segregation.3 Prior to the legal classification of people by race on the basis of skin color, the term was used to describe groups of people who shared a nation. The assignment of color to the term race in order to legalize inequitable civil rights thus emerged in America.

European colonists justified worse treatment of enslaved and then free people of African origin on both religious and scientific grounds. First, the Biblical story of Noah’s son, Ham, being marked as cursed was used to justify White supremacy and the enslavement of Black people in America, as well as apartheid in South Africa centuries later.4 The story suggests that a naked and drunk Noah was seen by his son, Ham. When Ham tells his 2 brothers about their father’s drunkenness, they cover their father, averting their eyes. When Noah awakens, he curses his son, Ham, who ostensibly should have known to cover his eyes and cover up his father. Second, the “Doctrine of Discovery” developed in 15th century Spain declared that people who were not Christians did not deserve property or legal rights. This doctrine was used to justify colonial claims to lands occupied by Native Americans. It also led to the use of terms such as “savage” to describe Native Americans, in order to indicate that they were not willing to convert—thus justifying the stealing of their land.5

Nineteenth-century medical research took advantage of enslaved Black people to obtain subjects for nonconsensual research. Dr. Marion Sims, dubbed the “Father of Modern Gynecology,” for example, conducted scores of invasive gynecological experiments on Black women, without their consent and without anesthesia. Known for developing a surgical technique to repair vesicovaginal fistula, a painful complication resulting from obstructed childbirth, he mastered his technique on Black women who were given to him by slaveholders. The most famous of these women, Anarcha, was subjected to more than 30 surgeries. Dr. Sims did not provide anesthesia to these women during these painful procedures, although he could see their agony and wrote about it.6 In 1852, he lied in a journal article, claiming that anesthesia did not yet exist when his experimental surgeries were being conducted.6

The history of anesthesia is also a story of racial injustice. In 1839, a black boy was captured and forced to “inhale ether from a handkerchief that was held over his mouth and nose.”7 As quoted from a nineteenth-century textbook on anesthesia: “Soon the boy became motionless and unconscious and was feared dead. However, after an hour he revived, no worse for his alarming experience.”7 Additional experiments were done to prove the safety of ether on Black people, and then was routinely used by Dr. Sims to render White women with vaginal stricture unconscious, so that their husbands could have sex with them. 8 Furthermore, Dr. Sims gave morphine to the Black women he experimented on after their painful procedures to keep them calm and compliant.

Another scientist, Dr. Thomas Hamilton, conducted experiments on John Brown—an enslaved Black man who escaped to England and chronicled his life as a slave in Georgia. Brown described being put in a pit heated to over 100 degrees until he passed out, so that Dr. Hamilton could test revival techniques on him. He also described being scarred by repeated experiments to test the thickness of his black skin: “He set to work to ascertain how deep my black skin went. This he did by applying blisters to my hands, legs, and feet, which bear the scars to this day.”9 Modern medicine continues to apply unsubstantiated rules and formulas to the diagnosis and treatment of people of color. This includes the continued analysis of kidney function among African Americans using a formula that uses a race-based correction that may underestimate the kidney dysfunction in this population.10

These are uncomfortable truths, but truths nonetheless. The examples provided here are just a few of the numerous ways that American laws, educational systems, prisons, and healthcare have created the health inequities we see and struggle to remedy today through patient navigation. The experiments described here planted the seeds of bias demonstrated in the 2016 medical student study cited at the beginning of this blog. While critical protections were instituted to correct these abuses, nonconsensual surgeries are, unfortunately, not just a relic of the past. In 1976, the National Commission for the Protection of Human Subjects of Biomedical and Behavioral Research issued the Belmont Report.11 The report specifies ethical principles that human subjects researchers must follow—one of these principals is informed consent on the part of participants. Nevertheless, on October 13, 2020, CNN reported that two Mexican women may have been subjected to nonconsensual surgeries at an ICE detention center in Georgia.12 An investigation is underway to identify what exactly happened.

It took 400 years to create the stark inequities we see today. As a nation, we need to get comfortable about being uncomfortable in talking about these issues. With candor, perhaps we can shorten the time to remedy these abuses.

See also Race and America: How did we get here and what can we do about it?

This piece is co-authored by Mandi L. Pratt-Chapman, PhD, Yolanda Haywood, MD, of The George Washington University School of Medicine and Health Sciences.

Acknowledgement: The examples of research by white men on black bodies discussed above are discussed in greater detail in Harriet Washington’s book Medical Apartheid: The Dark History of Medical Experimentation on Black Americans from Colonial Times to the Present, Anchor Books: New York, 2006. The authors credit Washington’s book for raising their awareness about these issues.

If you enjoyed this article and would like to read more like it, visit my Plus Pointers column, exclusively for AONN+ members.

Not a member? Learn more about the benefits of AONN+ membership and join today!